Also on Friday night's card, undeafted italian bare knuckle fighter Francesco Ricchi will look to keep his record in tact and go 4-0 in the sport as he meets Brad Kelly on the main card.

In a recent interview with Bare Knuckle Freak's Joe Migz, Ricchi who now lives in Florida, said he was back in his native country of Italy when he got the call from Bare Knuckle FC.  Ricchi immediately accepted the fight and returned home to prepare for the fight. 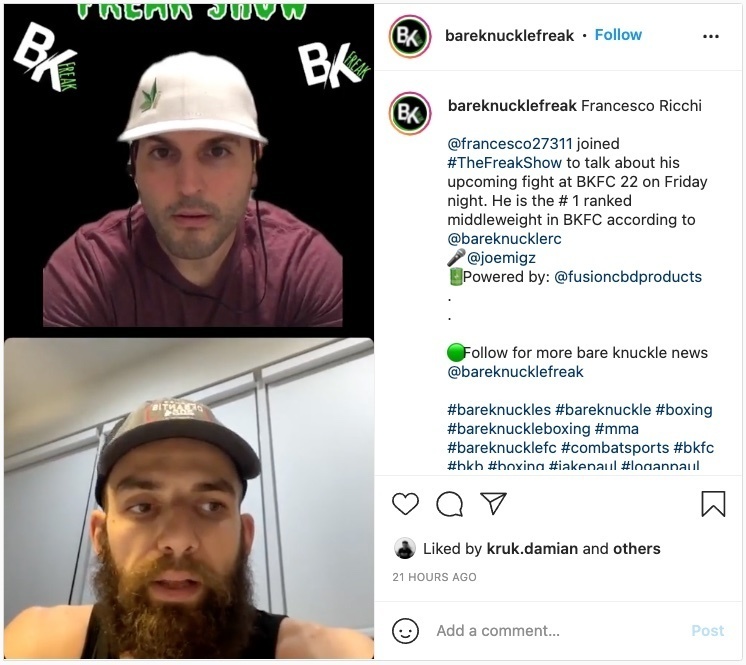 Andrew Angelcor: “I want to share my message of hope”

After 97-second BKFC debut, the sky's the limit for fast-...